The Man Behind the Goss-Michael Foundation Tells All

They are entrepreneurs and art patrons, executives and serious philanthropists. And they all effect change in Dallas in a personal way. PaperCity is zooming in on NorthPark Center’s 2018 Luxury Ambassadors as they embark on a year of supporting charities close to their hearts. This is a 10-part series. 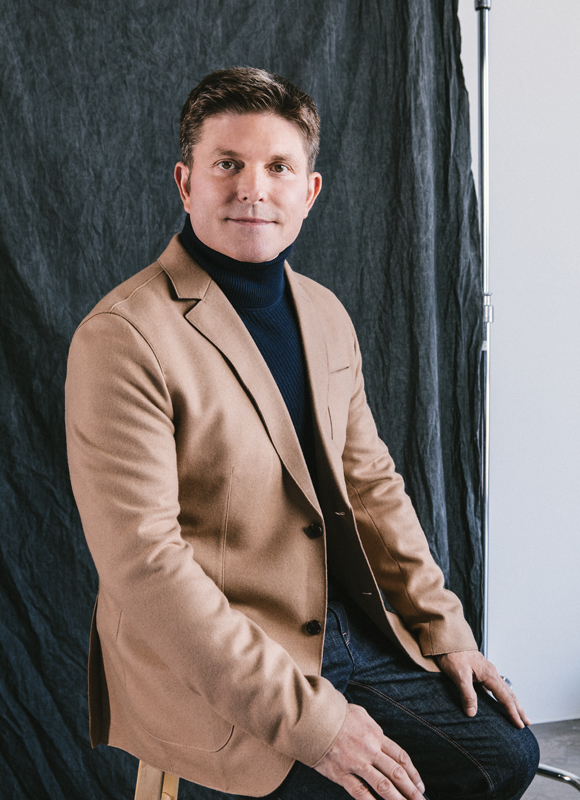 Why MTV RE:DEFINE matters. The first year Joyce [Goss] and I founded MTV RE:DEFINE, we raised $750,000. That’s when I realized I could use my passion for contemporary art to try and make the world a better place. Now, seven years later, we have raised over $10 million for MTV Staying Alive Foundation and have grown to support Dallas Contemporary.

Dallas as an international art destination. Dallas has always had a large group of art collectors, but over the past five years it has grown to be a huge player in the international art scene and is now one of the fastest growing markets for contemporary art.

Art’s impact on you, personally. I never thought as a kid growing up in Euless, Texas, that I would be able to have such an appreciation for art — I mean, I didn’t even step foot in a museum until my twenties, really. Then 20 years ago I went to London and met a ton of artists and now I am happy to call them my friends. It is truly amazing.

Words of wisdom. Buy what you love because in the end it is the connection you have with the art you live with.

Most memorable piece of art in your own collection. Tracey Emin’s Hurricane and Damien Hirst’s St. Sebastian.

On the importance of giving back. I was once described as a ‘lucky bastard’ by a dear loved one. I realized that you only have one life to live and it should count for something — you should fight for causes you believe in. That was in 2007 and that’s when we opened GMF.

My sister-in-law, Joyce Goss, has been a constant inspiration in terms of philanthropy. Her work for charity really motivates me to be the best person I can be.

More about this series: Dallas is a city famed for giving back. Each year, NorthPark Center recognizes our city’s most influential philanthropists who are making differences in our community to garner further exposure for their favorite charities.

NorthPark Center Luxury Ambassadors are hand-selected for their contributions and efforts in the areas of visual and performing arts, children’s causes, and research in health and sciences. Each year-long ambassadorship offers the opportunity to partner with NorthPark Center for various initiatives and events benefiting their favorite North Texas non-profit institutions.

The program was formed in 2016 as an extension of the shopping center’s “Fifty Years of Giving” anniversary celebration in 2015.