Anyone with the slightest interest in design will want to experience Iris van Herpen: Transforming Fashion, the breathtaking exhibition that’s up through Aug. 20 at the Dallas Museum of Art. 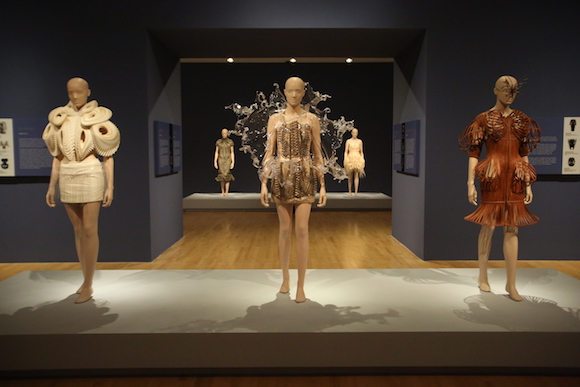 The Dutch couturier sculpts wearable objects that transcend mere clothing. Her creations have a life of their own, clinging to the female body while also punctuating – and sometimes puncturing – the space around it.

Magnetism, microorganisms and radiation are among her inspirations, and the materials are just as unusual: umbrella tines, gull skulls, melted clear plastic, blow-torched metal gauze, and more. 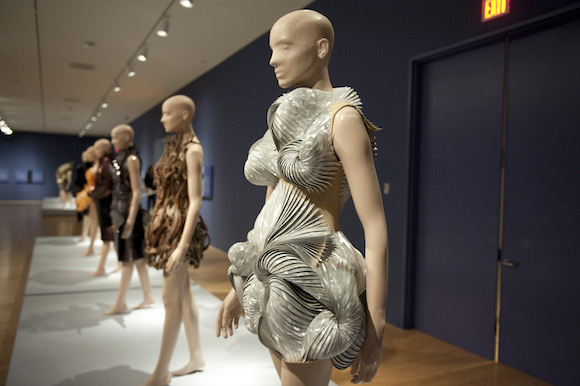 Nearly all of these media are painstakingly manipulated by hand into intricate shapes and forms. A few of the dresses were even produced via 3D printers, a process she pioneered.

“I work on two elements that are almost not being explored in fashion anymore: craftsmanship, which is very hard to find today, and on the other side, technology and connection to other disciplines,” says van Herpen, whose first name is pronounced “ih-ris.” “I feel both are very important to give attention to.” 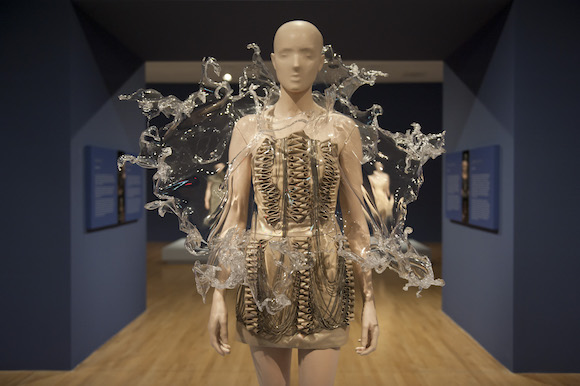 Featuring 43 mind-bending ensembles plus some astonishing shoes, the exhibition is arranged chronologically. It features three looks from each of her collections from 2008 to 2015. Selected for their sculptural qualities and innovation, they can be viewed from all angles, and it’s wise to examine them from behind as well as in front.

“Iris sees magic in the ordinary,” observes curator Sarah Schleuning of the High Museum of Art in Atlanta, which co-organized the show with the Groninger Museum in the Netherlands. “We think it really does inspire people to think creatively.”

Van Herpen gets ideas from four main sources: art, science, architecture and her years of training to be a classical ballerina. 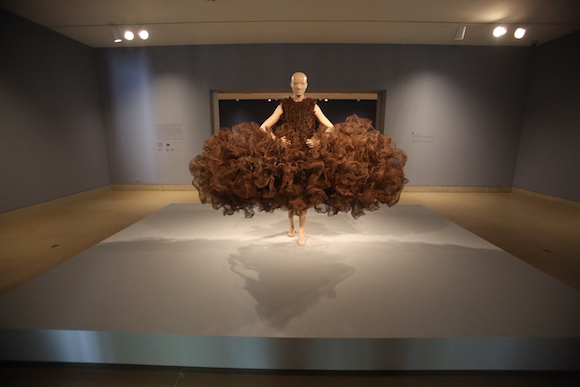 “Dance is very important,” she notes. “I think in a way you can see it in my work because everything is about movement and three dimensionality and the space around the body as well.”

The exhibition debuted in 2015 at the High Museum of Art and will travel to three more stops after Dallas.

If anything can prove fashion is art, this is it.