Nancy Gopez is a star of Dallas philanthropy, but the petite dynamo doesn’t see herself that way.

“When I got the invitation to be a Luxury Ambassador, I was really flattered,” she recalls. “This is the second year, and the ambassadors have been so high profile. How did they find me?” 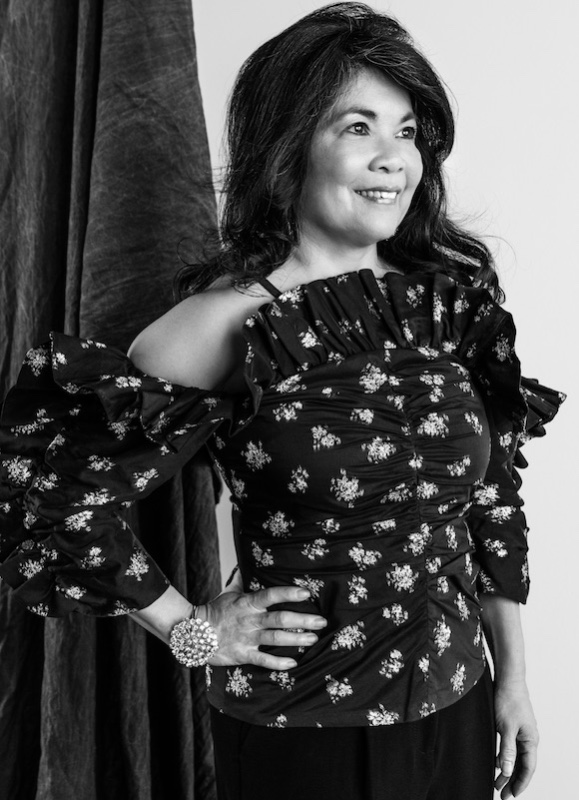 Gopez has been working in the leadership roles and behind the scenes for innumerable fundraisers over more than two decades in Dallas, all the while excelling in her career at Brinker International, where she is a senior accountant.

It was Gopez’ idea to tent CenterPark for the posh luncheon, and NorthPark stepped up as presenting sponsor to make it happen. NorthPark's owner and operator Nancy Nasher is honorary chair of the event in recognition of her support.

“I’m really excited about having it at a new venue,” Gopez enthuses. “It will be beautiful – Cathy Kincaid is chairing the design. We have a great lineup for the show, and Wolfgang Puck is catering it.”

But first, Gopez will be visiting some of those stores for a pink or white ensemble for the occasion as well as a handbag and wrap by BVLGARI.

“I do like to shop early for all my season stuff,” she explains. “I’ve always done that since high school. I like to know what’s ahead and pick up some items.”

Then it’s on to handling social media for the Junior League’s Linz Award Luncheon in April, co-chairing corporate-venue volunteers for the AT&T Byron Nelson PGA tournament in May to benefit Momentous Institute, and serving as co-chair of production for Cattle Baron’s Ball in October.

Gopez is also on the boards of the North Texas Food Bank and the Dallas Historical Society.

Whew. How does she do it?

“Honestly, I love organizing, whether it’s on paper or in my head or with people,” she says. “I get so much joy out of it, and I’ve made so many friends. I like working with creative people and all the donors and in-kind donors.”

Her energy and enthusiasm is contagious, but Gopez also has a secret asset: “I don’t need that much sleep.”