Mary Katrantzou is not a household name, yet the spectacular exhibition of her work at the Dallas Contemporary cements her reputation as one of the most creative, artistic and philosophical designers working in fashion today. 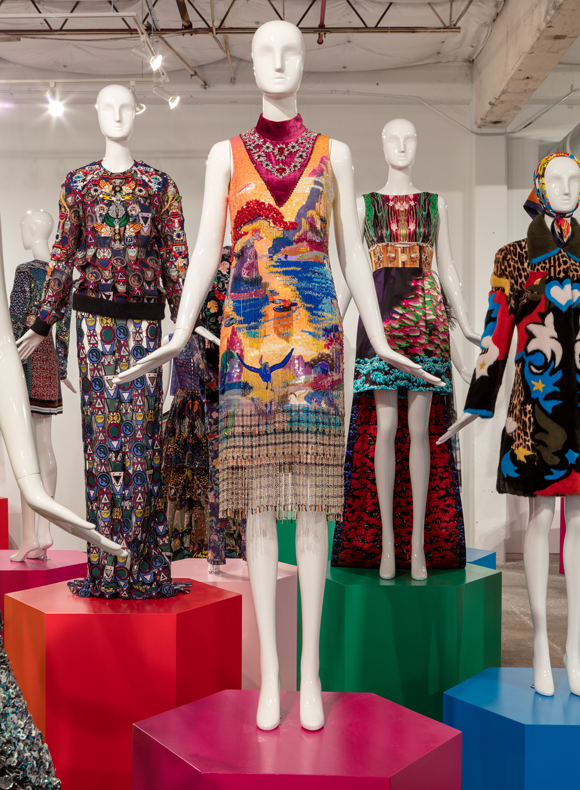 "Mary, Queen of Prints" features highlights from every collection since her buzzy master’s degree graduate collection in 2008 for London’s Central St. Martins, which featured trompe l’oeil prints of oversized jewelry on shift dresses.

Each collection since has had a distinct, often philosophical theme ranging from plate tectonics to nostalgia, symbols and the Disney film “Fantasia.” 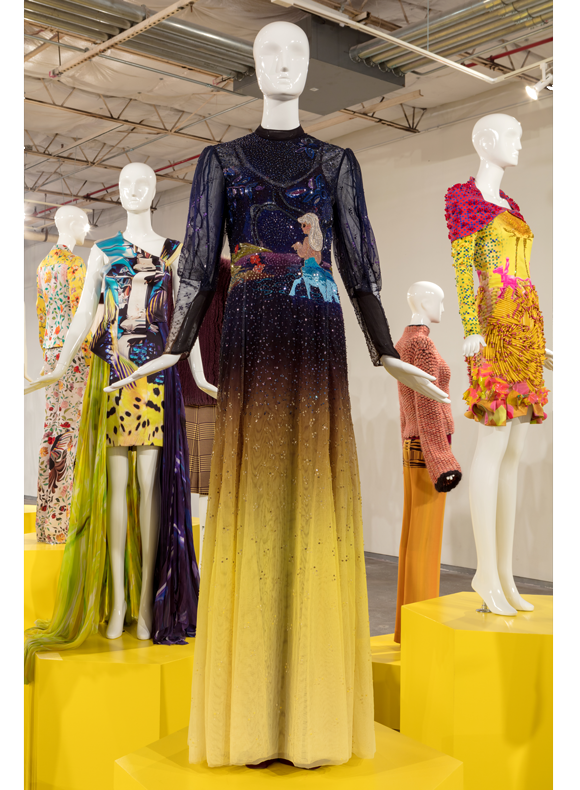 “I’ve followed her career since the beginning, and it’s interesting to see how it evolved from simple shifts with a focus on the textiles and embellishment and then shape,” Ludwig observes. “This decade of work celebrates the 10th anniversary of her brand and coincides with our 40th anniversary, so it was a wonderful synergy.” 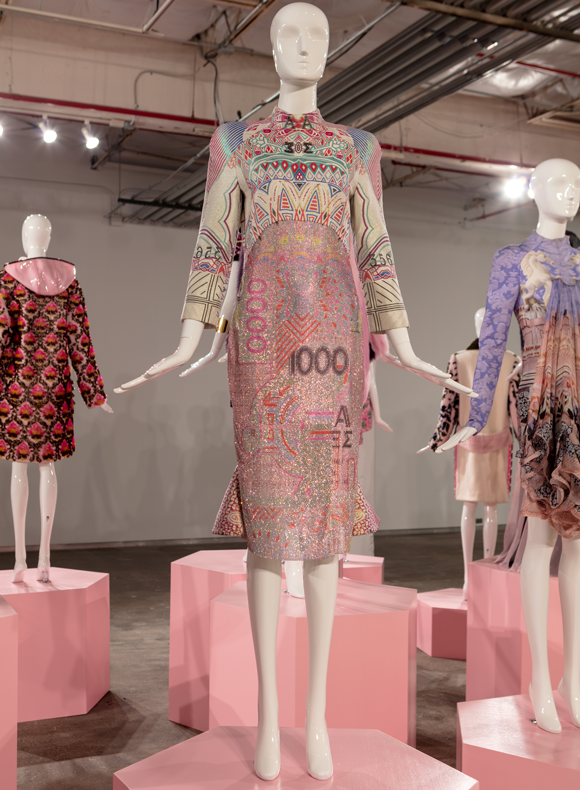 Ludwig arrayed the 182 mannequins in clusters of color instead of chronologically. The striking tableaus – pink, yellow, red, green, fuchsia, blue, black and white, metallics and rainbow styles – each contain so many highly detailed pieces that it’s hard to absorb it all in one visit.

“You have to find a way to navigate through it,” observes Katrantzou, who’s based in London but grew up in Athens. “Because color is so important to my work, this seems to me a way to take them out of their chronological order and out of their theme and see them for their technique.”

Many of the pieces are so intricate, like the tornado dress paved with whistles, tin cans and lavish beading, that they have been shown only once on a runway.

“My work is about textile innovation, and so much of it is about the substrate,” the designer points out. “These pieces you want to see up close. It’s not a grey flannel skirt to wear to work.” 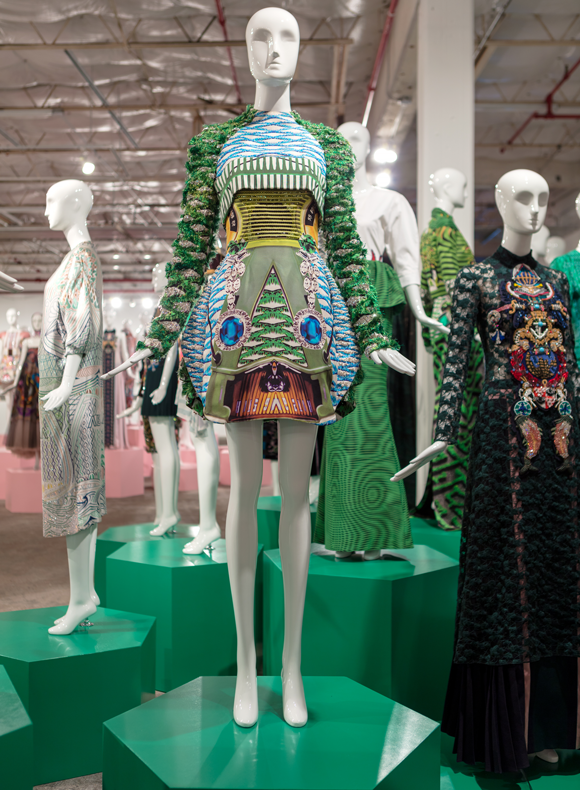 Some are wildly whimsical, like the lampshade skirts, the dress adorned with a swirl of pencils and the lavishly beaded pink floral gown accented with unembellished paint-by-numbers diagrams.

“Not to say that every piece is a piece of art, but I think it can belong outside a catwalk show, and it should because there’s no place to really take a close look at pieces that don’t make it into stores,” the designer notes. “That’s why it’s a huge honor to have this exhibition for its duration and invite people to come and see it.”

Mary, Queen of Prints is up through March 18.