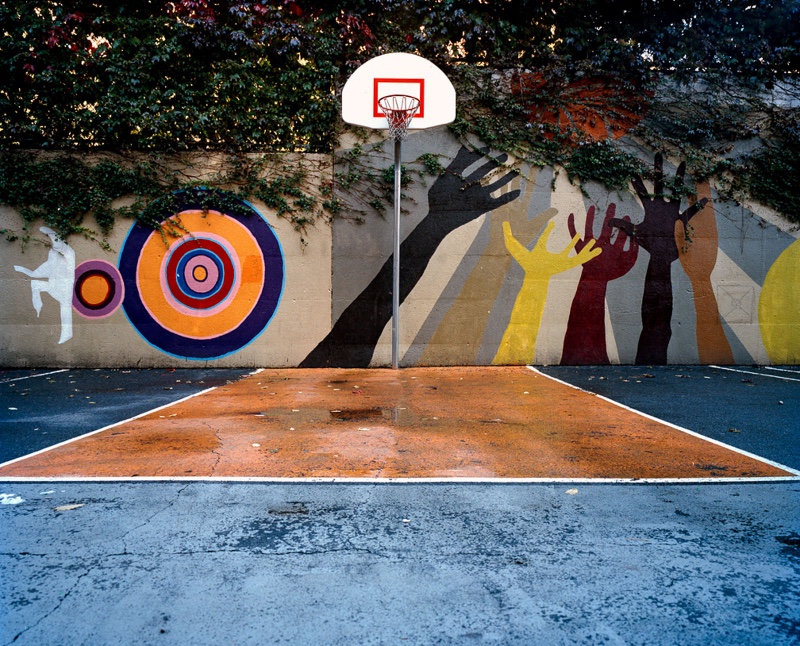 Basketball hoops are everywhere in the U.S., which makes them easy to overlook.

They hang from barns, stand sentinel in suburban driveways, and sprout from asphalt playgrounds. 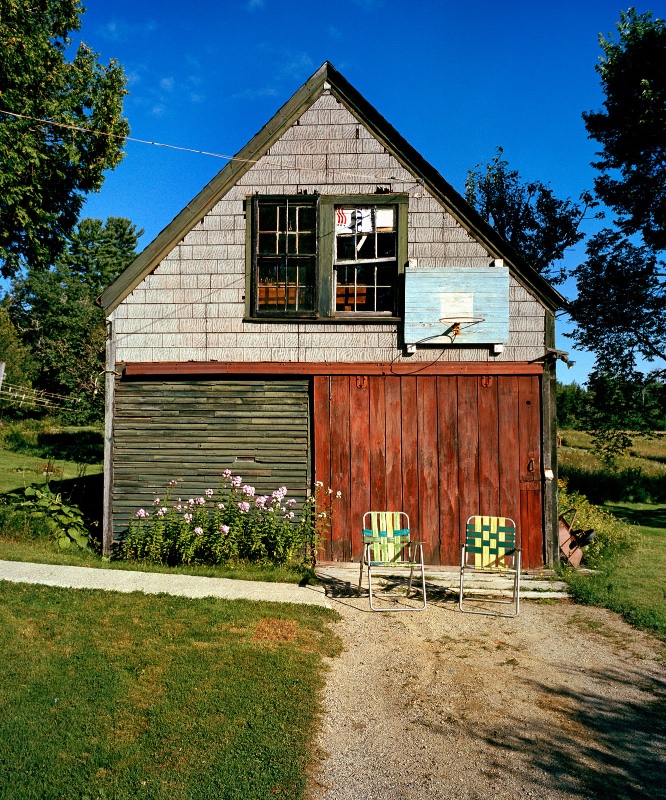 This ubiquity captured the interest of lensman Bill Bamberger, who realized it represented considerably more than a sport.

Mounted on Level One between Louis Vuitton and Burberry, the exhibition premiered at the Nasher Museum of Art at Duke University, where Bamberger teaches at the Center for Documentary Studies.

He snapped the images in a peripatetic project, roving through 38 states and nine nations from 2004 to 2017. He chronicled hoops in overgrown fields, resorts, trailer parks, community centers, church yards and schools. 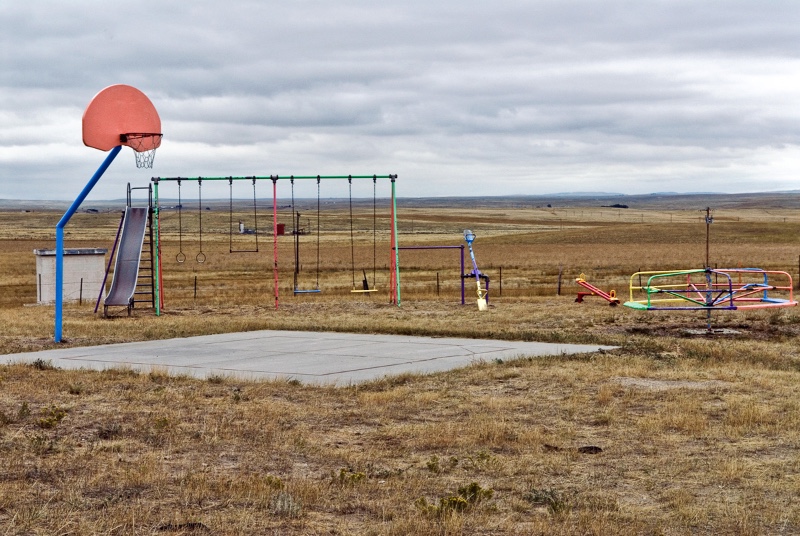 “Wherever I went, the hoop told a story about its community,” Bamberger writes in his artist notes. “Shooting basketball hoops in their many forms and landscapes became a new way for me to see and better understand the world in which we live. While the design and architecture of a basketball court is relatively simple, the permutations are almost endless.”

He shot the quiet landscapes in early morning or late afternoon. A brightly painted playground rises like Oz in a bleak Wyoming landscape. A New York City schoolyard court is decorated with a mural of white, black, yellow and red hands stretching up for a basketball.

“I never photographed the players, finding that the ‘place’ spoke loudly about its users,” Bamberger writes.

“By just looking, I came to know a great deal about a community, its character and values. It is about the people who played on that court, the people who built that community, who have come and gone. These courts without people engage our imaginations the way a great portrait does. They make us think about all the life that led up to this moment, this expression, this place.” 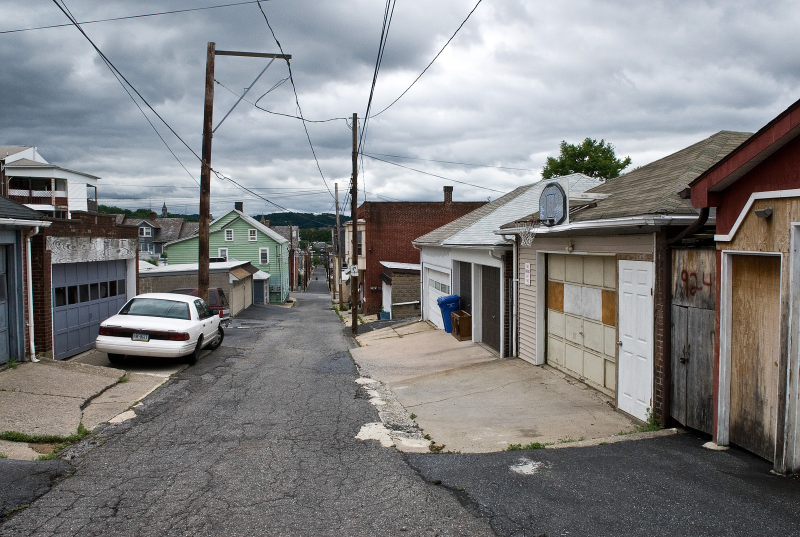 Bamberger’s work has been published in Aperture, Harper’s Magazine, the Washington Post Magazine, Fortune and the New York Times Magazine.

Duke undergraduate students curated the show for a class at the Nasher Museum of Art. It will remain on view through January.