History of the Twelve Days of Christmas Clock 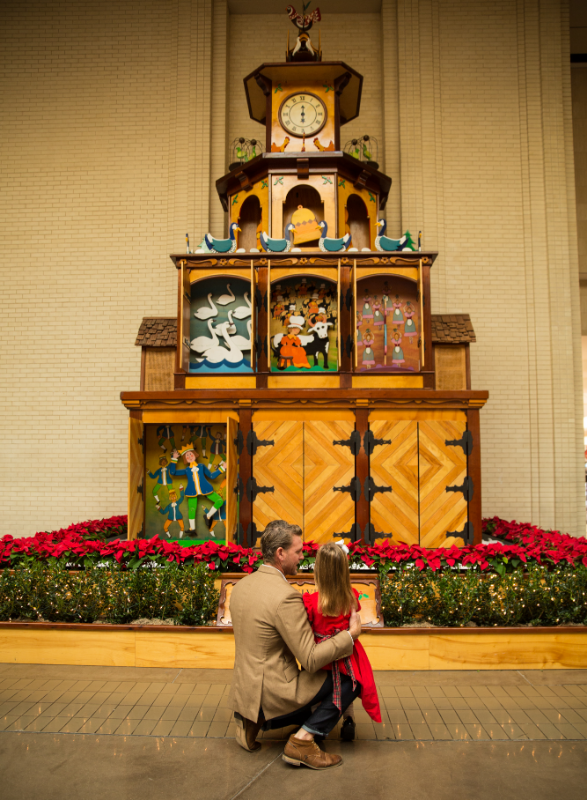 The Twelve Days of Christmas Clock is one of a kind.

Designed and handcrafted for NorthPark Center, the artwork was inspired by historic animated clock towers in Europe, such as the Rathaus-Glockenspiel in Munich.

The “12 Day Clock,” as its creators and caretakers dubbed it, was exhibited at NorthPark every holiday season from 1979 through 2006. Under the guidance of owners Nancy Nasher and David Haemisegger, the clock returns from a temporary retirement fully refurbished and re-engineered for the 2018 season. 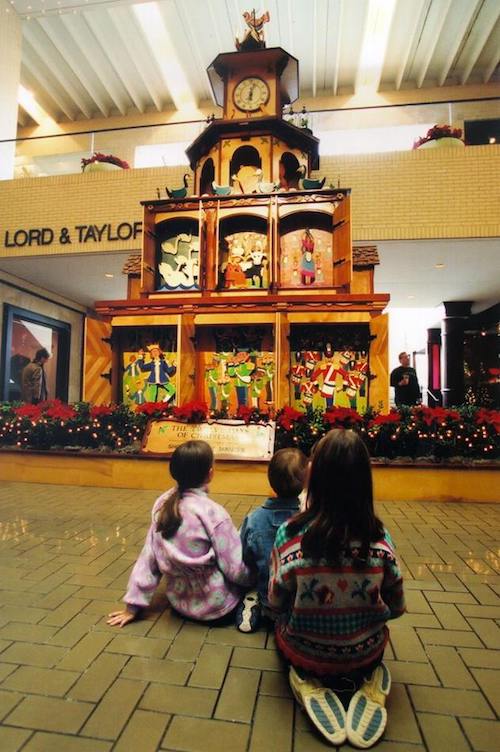 A throwback photo of the Twelve Days of Christmas Clock

The 28-foot music box owes its existence to former President Jimmy Carter’s call for conservation during the oil shortages of the 1970s. In an effort to comply, Patsy and Raymond Nasher asked display contractor William “Bill” Reed to come up with some ideas for holiday decorations that didn’t require felling trees and festooning them with thousands of lights.

The couple, who opened NorthPark in 1965, were committed to elevated aesthetics throughout the property.

Reed, Dillon and a team of designers dreamed up the Christmas clock in a brainstorming session. They sought inspiration by researching glockenspiels, folk-art toys and classic German pyramids with spinning nativity figures.

The models in the Christmas clock resemble a colorful amalgam of traditional wooden pull-string toys and the simple graphics of children’s coloring books. 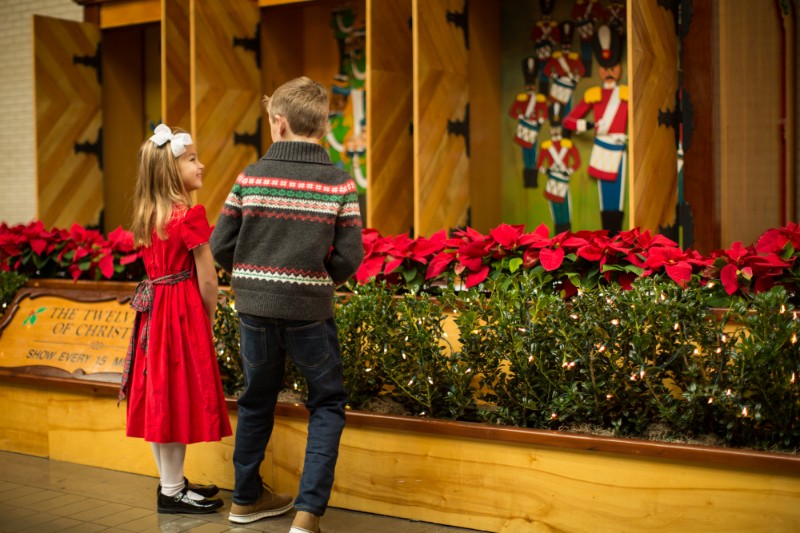 “As much as we could webased them on toys that people would recognize,” Dillon recalls. “The characters are dimensional in layers. Rather than a goose being round and three dimensional, it’s like a flat cutout with a wing and a beak applied to it. We wanted it to look like original art.”

It took about a year for a team of 20 to design and construct the tower of inter-wired cabinets.

The clock’s original Twelve Days of Christmas carol was recorded onto a reel-to-reel tape recorder from a Firestone promotional vinyl album – along with a few pops and crackles. It was subsequently transferred to cassette and later to CD. A separate track of musical tones triggered the animation of each vignette, such as the kissing turtle doves and the doors opening in correspondence to the lyrics. 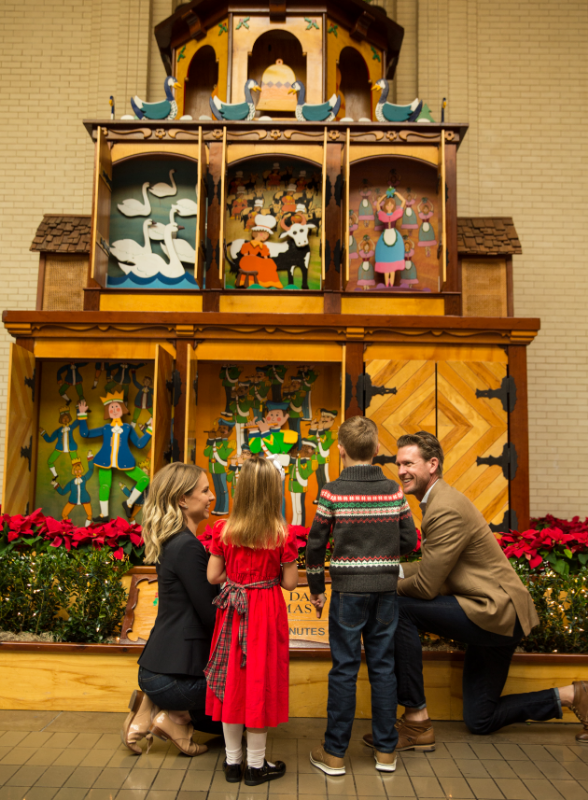 With the renovation, different renditions of the 18th century English Christmas carol plays on digital equipment, and software controls the animation.

Theatrical lighting designer Dall Brown worked on the original automation and handled the 2018 update. The old mechanical stepping switches still worked after he cleaned the contacts, but the new electronics are more reliable, ensuring that the Christmas clock can be enjoyed for years to come.

Enjoy the magic of the Twelve Days of Christmas Clock on Level One in Dillard’s Court every 15 minutes.