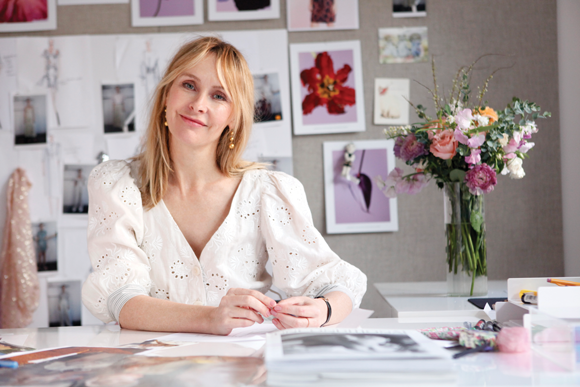 Designer Rebecca Taylor is known for Victorian-chic looks with an eclectic edge.

Growing up in a quaint, tiny seaside community in New Zealand, Rebecca Taylor had little access to fashion and no clue that it could be a career. But she was still obsessed with it. “I’ve always been creative, very concerned with clothing, and very particular about what I wanted to wear,” Taylor notes.

Her mom, an “excellent seamstress,” sewed most of her clothing from denim and leftover textiles supplied by a family friend who designed prints for Liberty of London. Taylor still has the patchwork pillows she created at the time.

Taylor put her own spin on the Victorian aesthetic that was popular with Kiwis in the 1980s. She shopped vintage stores, outfitting herself in dresses over Victorian bloomers, black tights and boxing boots crowned by a mohair leopard coat.

“You had to piece together what you had,” she recalls. “I was really into Marilyn Monroe and the glamour of old Hollywood.” 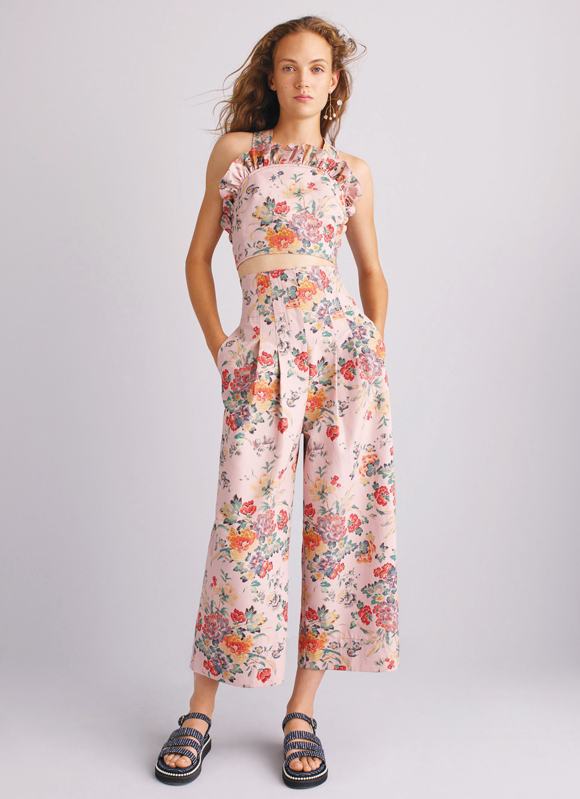 Look from the Spring/Summer 2018 Collection, courtesy of Rebecca Taylor.

Floundering after high school, Taylor found her calling when she stumbled into a job-training program that taught patternmaking. She earned a design degree and hopped on a plane to New York with her boyfriend, packing $600 and a student work visa.

The Victorian silhouettes and leopard toppers of her youth have since become signatures of her own brand, which she launched in late 1996 after working several years at Cynthia Rowley. Rebecca Taylor and its denim-centric offshoot, La Vie, are known for clothing that is feminine yet urbane. 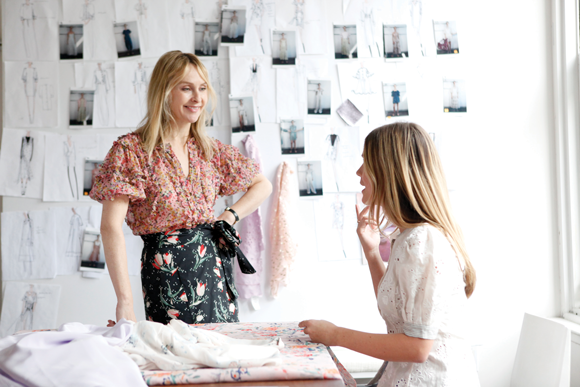 “I want quintessential, beautifully detailed pieces and prints that feel timeless,” she avers. “I’m trying to build sustainability, so it’s not hyper fashion that you’re going to move on from in the next minute or two. I like the idea that you are building a wardrobe.” Taylor works primarily with silk, cashmere, cotton and linen fabrics and uses synthetics only for specific techniques, such as holding a pleat. “Femininity, versatility and something different really resonate with my customers—clothes that don’t feel too complicated, that they can wear to work, then maybe take off a jacket and wear out to dinner,” she says.

Spring manifests as dresses and jumpsuits in delicate oral prints, full pants with high waists paired with slim tops, blouses softly accented with generous ruffles, and tiered frocks in a rich burgundy plum. Her overall inspiration was her obsession with the late Princess Diana. “I really came of age with her,” Taylor reflects. “I have a scrapbook with pictures of her. She was absolutely stunning and impeccable in every single picture.”

Taylor has her eye on a long cream ruffled dress in a oral print that she adapted from vintage wallpaper. As a child of the 1970s whose mother stitched “very hippie” denim skirts and overalls for her, she’s also a jeans fan. “Waistlines are coming up, thank God. I think women look better in a higher rise pant. Once they try it on and I talk to them about it, they never go back.”

Taylor, who lives in Brooklyn with her Texan husband and three children, was surprised by how much she enjoyed visiting Dallas last spring. “There are cool new areas springing up. I love the women, their sense of style. They embrace femininity.”