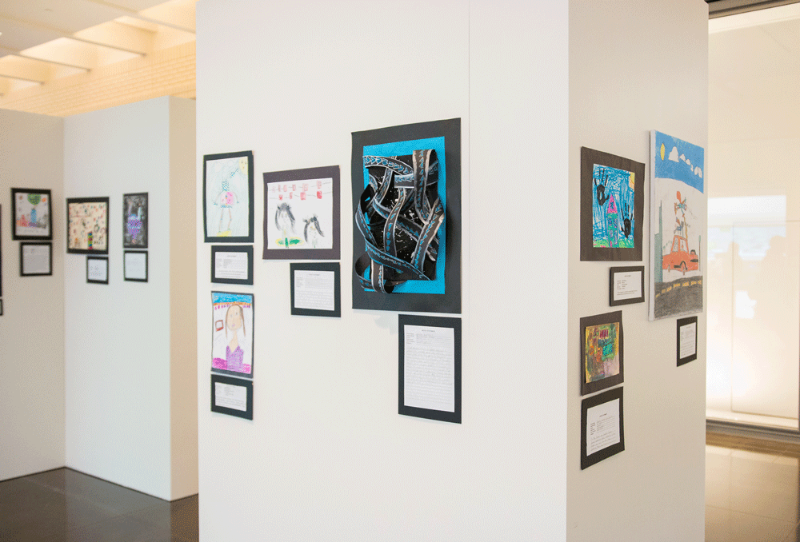 There is an awe-inspiring experience awaiting you in the corridor between ZARA and Microsoft, and it’s totally free.

The Uplift Education Art Show is a trove of visual impact and heartrending honesty. Up through March 5, the works are by scholars in grades kindergarten through 12 in the public charter network.

The theme is “Imagine Your Future,” and there’s surprising sophistication on display here. 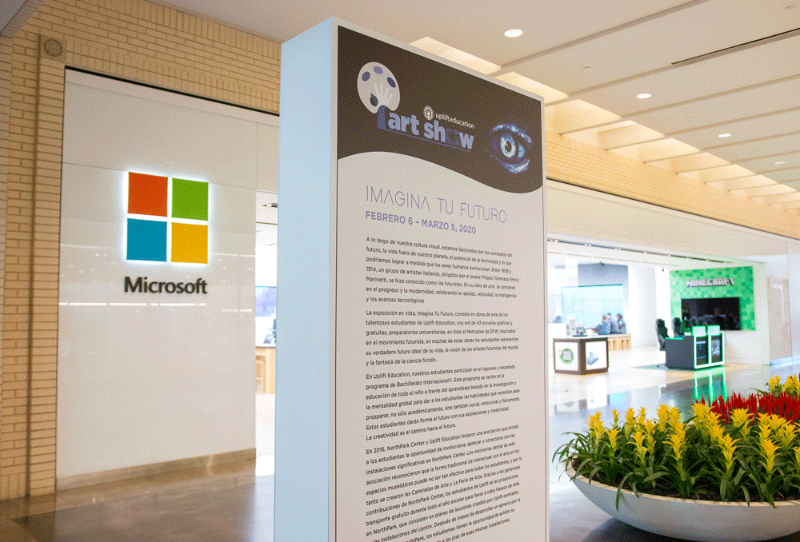 Some students manifest talent that appears way beyond their years, reference iconic works of art, and pay homage to movements like surrealism.

They use everything from crayons to aluminum foil, often combining multiple media, to render drawings, paintings, collages, and sculptures. Each piece is accompanied by a thoughtful, sometimes poignant artist’s statement.

It’s mind boggling that the female Future Robot, which is strikingly realized via collage, was created by a kindergartner. 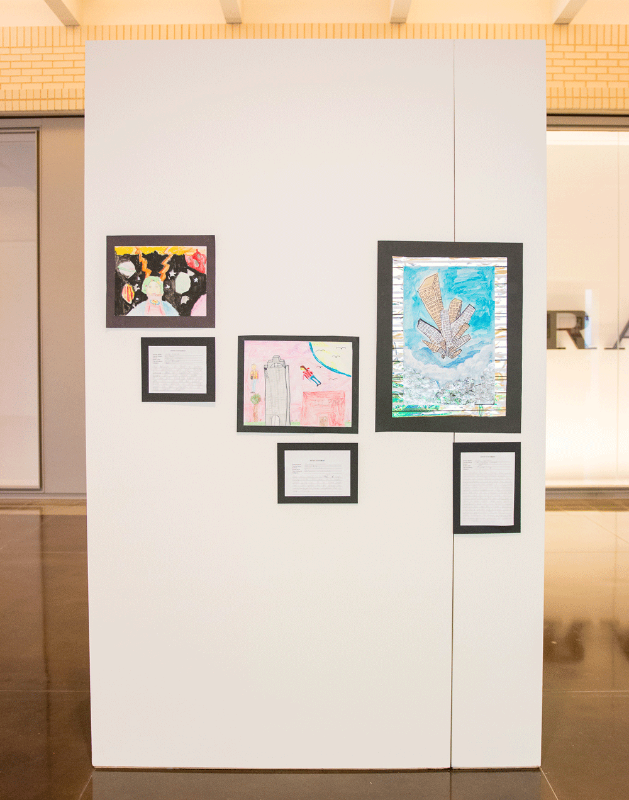 The kids express hope that people will embrace love and connectivity and worry that the planet will be utterly destroyed by pollution, global warming, and fire. Several depict people wearing masks.

They fantasize about aliens, a cyborg unicorn, and the look of future cities, including a crystal metropolis that floats in the clouds.

Some clearly envision their future professions while a ninth grader, unsure of what is to come, paints herself in a bright meadow gazing towards a black city.

There are abstractions, like the color field drawing by a first grader of her favorite hues combined with the ones she will like eventually.

The Uplift Education Art Show arises from a partnership that began in 2016 between NorthPark and the Uplift charter school network. Funding from the shopping center enables the students to visit and study NorthPark’s world-class art collection throughout the year.

Conveniently located next to NorthCourt on Level One, the Uplift Education Art Show places the kids’ creations within the same context as the major artworks they’ve studied.