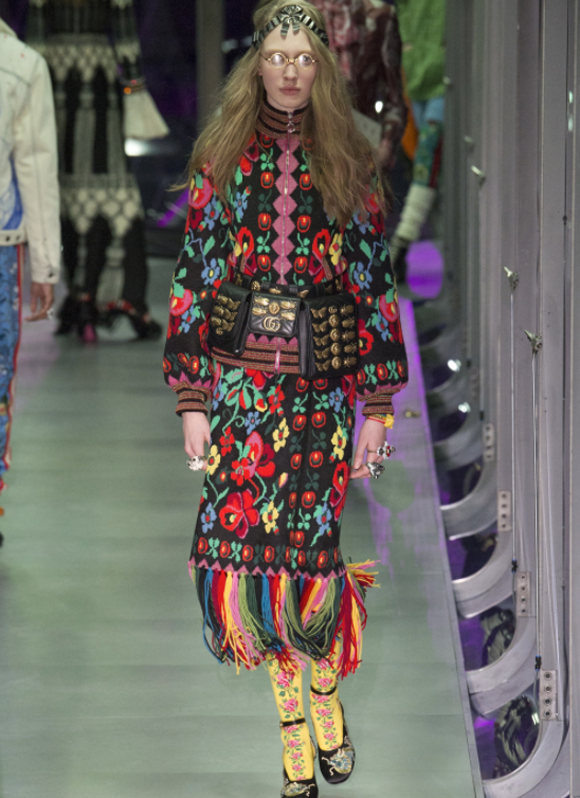 And the house has a lot to say about folkloric inspirations. 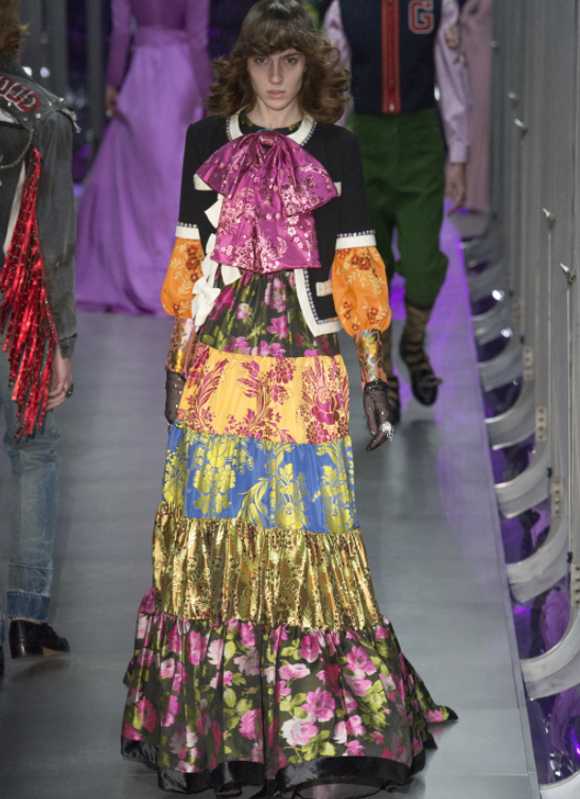 Creative director Alessandro Michele, a maximalist through and through, took traditional embroideries and silhouettes and amplified them to lavish heights in Gucci’s fall collection. 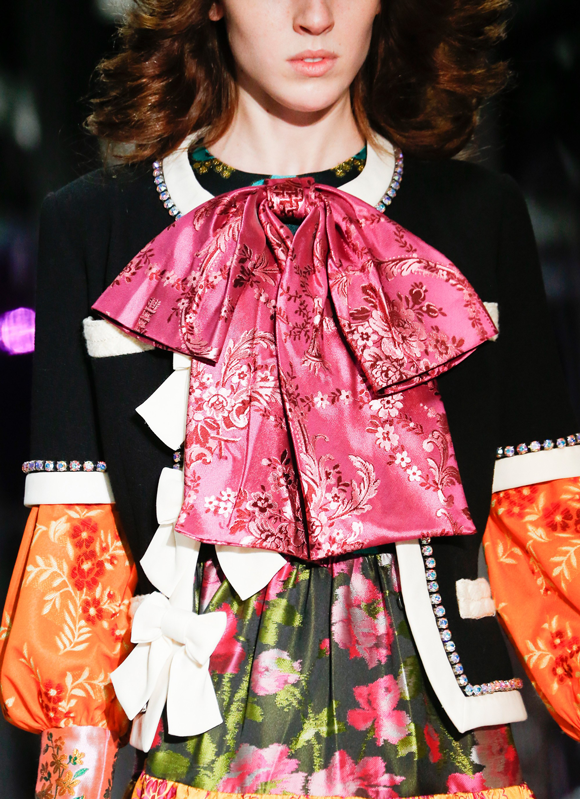 Floral needlework inspired by eastern European costuming goes couture when stitched head to toe in a riot of color. Likewise, a long tiered skirt glimmering with bands of vivid brocade and metallic fabrics puts a posh spin on a peasant look.

Gucci is always at the forefront of industry trends, so it’s not surprising that other designers and retailers are playing with folkloric motifs and pattern mixes, including Kate Spade, Anthropologie, Lucky Brand, Free People, Steve Madden and more.

UGG Australia, for instance, jazzes up the Gita shearling boot with pom poms, which have been used in ceremonial dress for centuries in places as diverse as Scotland and Peru.

Odes to ethnic dress have a lot in common with the bohemian style that emerged in 19th century Europe among poor artists, writers and other creators leading individualistic lives. Even then, however, there were aristocratic “haute bohemians” with  upscale versions of the libertine lifestyle. 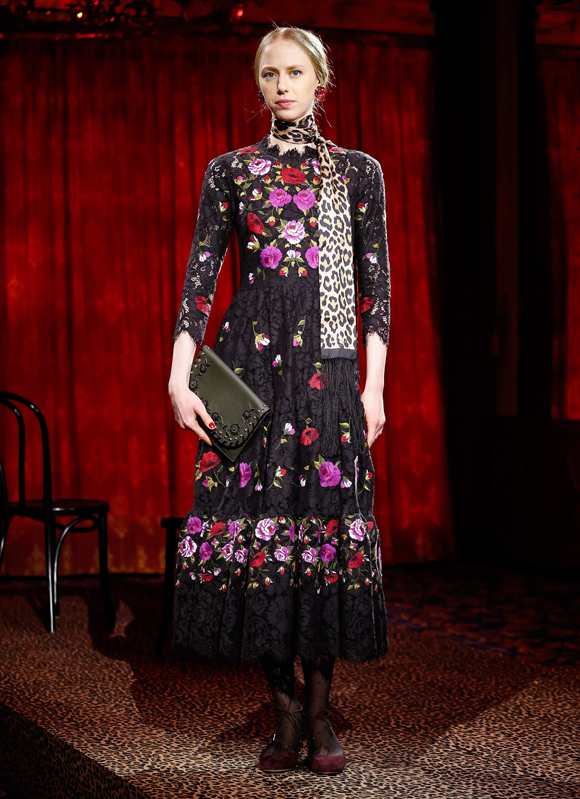 The rich hippie look blossomed in the 1960s. The epitome was Talitha Getty, a stunning ingenue whose chic Moroccan style exemplified the era and inspired a host of designers, including Yves Saint Laurent. She and her husband, oil heir John Paul Getty Jr., threw wild parties attended by Mick Jagger, John Lennon and other celebrities at their palace in Marrakesh, where Saint Laurent also had a home.

The term “gypset,” a slang combo of “gypsy” and “jet set,” was probably coined for Talitha and her tribe. Despite her premature death at age 30 in 1971, Talitha remains a potent muse for countless designers. Boho beauty, meanwhile, secured a place as its own category of dressing.