Dallas artist Arthur Peña has long employed unusual materials in his work – from razor blades to human hair – so the oil paintings on display at NorthPark Center represent a bit of a departure. 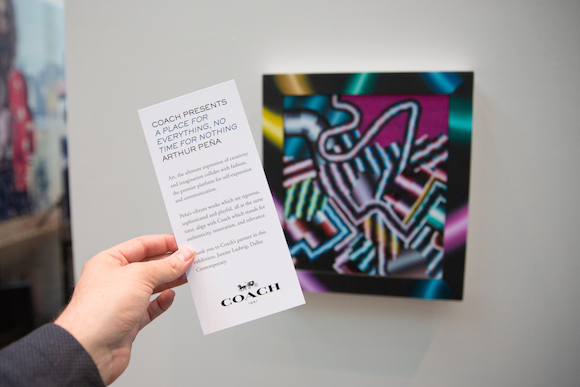 “This body of work has really been about slowing down,” Peña explained during a talk with Dallas Contemporary exhibitions director and senior curator Justine Ludwig.

Located on Level One between Neiman Marcus and Nordstrom, "A Place for Everything, No Time for Nothing” presents six intricate, vividly hued abstract paintings. Peña painstakingly composed them with tiny brushstrokes on drywall and framed them in painted wood to accentuate them. 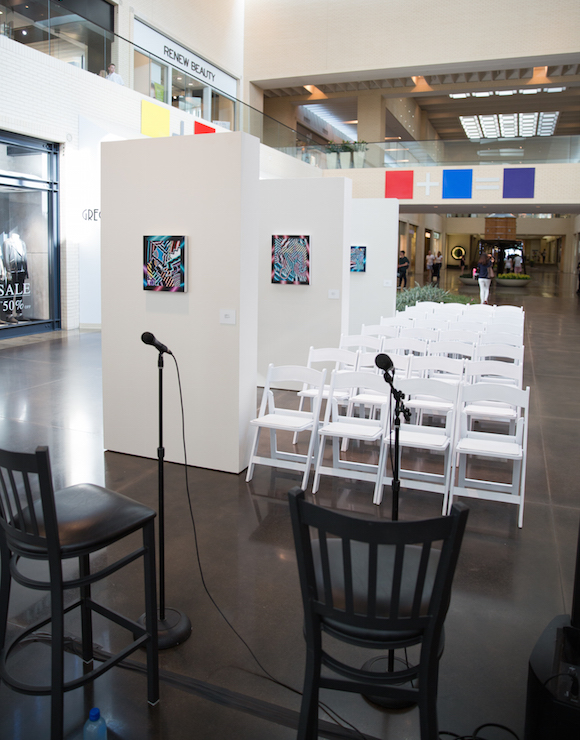 Each took five to six weeks to create, a process he described as a dialogue between him and the painting.

“The studio is a very isolating place, a very lonely place,” he reflected. “I literally needed something to talk to.” 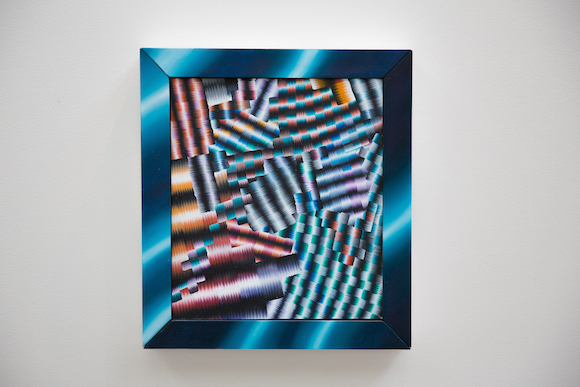 The paintings are the latest in Peña’s series in which each work is labeled “attempt” and numbered in succession.

“It’s a metaphor for trying to wake up every day, doing what you need to do and finding some sort of meaning in what you call your life,” Peña explained. “An ‘attempt’ is always flowing, and [the series is] never finished basically until I’m not here.” 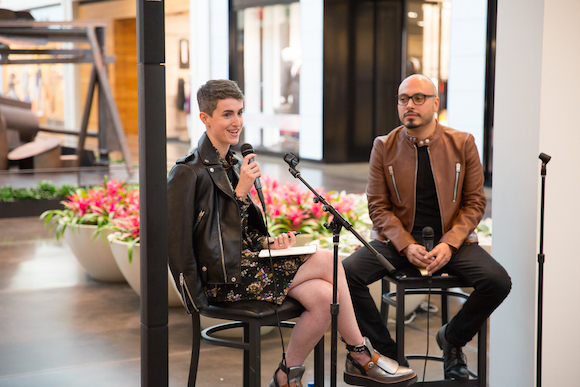 Sponsored by Coach, the exhibition is installed near a barricade that will be lifted this summer to reveal the brand’s new store, which will be 25 percent larger than the existing unit a few doors down.

When the company asked her advice about a local artist to collaborate with, Ludwig immediately thought of Peña, an Oak Cliff native and promoter of his fellow Dallas talent in music, art and performance. 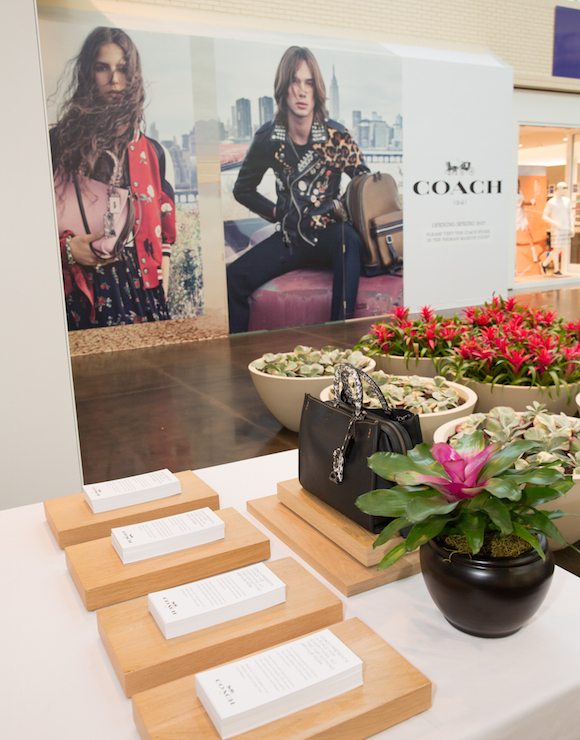 Coach has been on a roll driven by creative director Stuart Vevers, who in June clinched the prestigious Accessories Designer of the Year award from the Council of Fashion Designers of America.

He introduced clothing and shoes to the storied American leather goods house, and both Peña and Ludwig donned new looks by Coach at the talk.