Iconic characters come to life in The Fabric of Opera, The Dallas Opera’s lavish costume exhibition now on view at NorthPark Center. 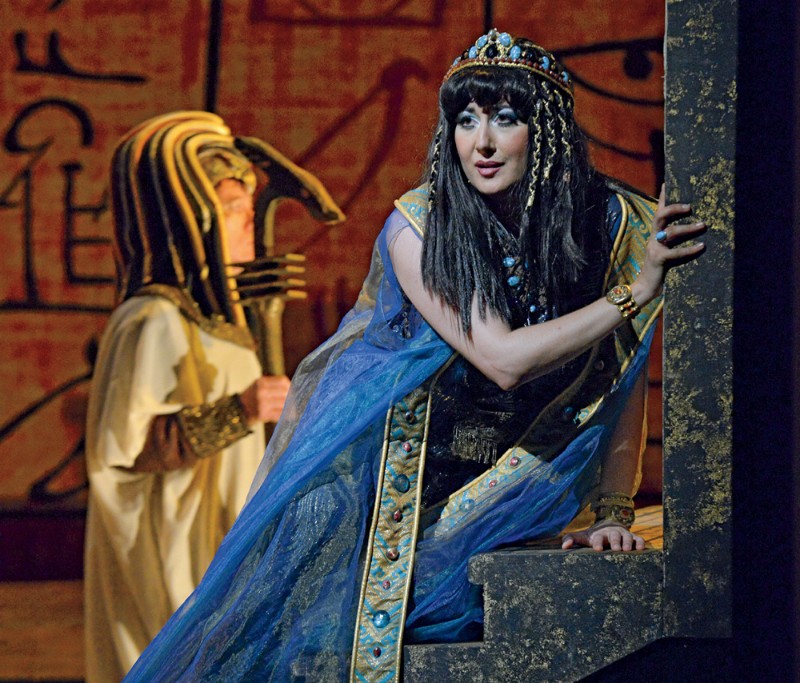 It can be argued that the pageantry of opera is as important as the performance itself. Bold, colorful and intricately detailed costumes illuminate characters and help to immerse audiences in the art form’s intensely tragic and comic action.

Usually these magnificent fashions may be seen only from a distance, but NorthPark offers a rare opportunity to examine 22 costumes up close in The Fabric of Opera, a special exhibition on view through November 4 on Level One between Neiman Marcus and Nordstrom near the CH Carolina Herrera boutique. It is a perfect fit for NorthPark, the Official Shopping Center of The Dallas Opera and the sponsor of FIRST SIGHT Fashion Show and Luncheon, which featured CH Carolina Herrera at the Winspear Opera House on October 11.

The costumes were exquisitely designed for The Dallas Opera by some of the finest talents in the world. Peter J. Hall, the company’s late resident costume designer, crafted most of them during a remarkable tenure in which he wardrobed every character in more than 70 Dallas Opera productions over five and a half decades.

His exquisite work attracted a long list of superstar clients, including Luciano Pavarotti, Elizabeth Taylor, Mick Jagger and David Bowie, and such stellar houses as the Metropolitan Opera and La Scala.

A textile lover since his childhood in Bristol, England, Hall started his career crafting camouflage for the British Army during World War II. After the war, he made a beeline for London to pursue his dream of working in theater, landing a job in the West End within 24 hours. By 1957, Hall was chief milliner at the Royal Opera House in London. 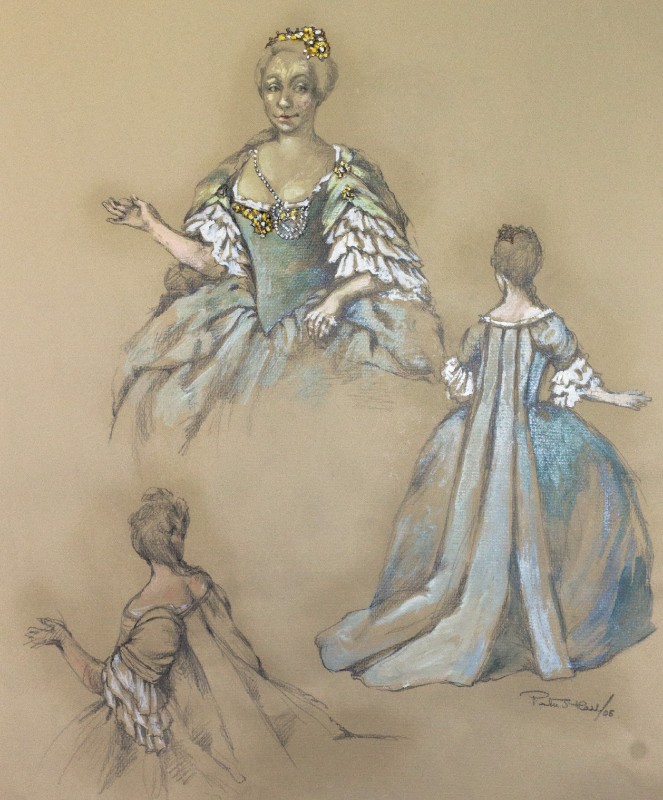 Hall started working for The Dallas Opera in the early 1960s and decided to stay, designing all the way through to the 2008 production of Salome.

Among the extraordinary fashions in The Fabric of Opera are a pair of embroidered silk pannier gowns—à la Maria Antoinette—that graced performances of Handel’s Rodelinda.

Some of Hall’s most celebrated designs appeared in the ancient Egyptian setting of Verdi’s Aida, epitomized by the colorful, bejeweled and regally accessorized ensembles of the pharaoh and his princess daughter.

The designer’s eye-catching matador suit of red satin and velvet, bedazzled with gold braids and tassels, evinces the splendor of the amorous toreador Escamillo of Bizet’s Carmen.

The exhibition also features Allen Charles Klein’s splashy flamenco dress and train, which was worn by a dancer in the 2013 Festival de Falla, plus Constance Hoffman’s Victorian-style frocks and menswear from the 2013 revival of Dominick Argento’s The Aspern Papers.

Many of these grand, often voluminous costumes are weighty, and it is interesting to reflect on how it would feel to wear them on stage while singing at the most superlative level known to humankind.

For tickets to The Dallas Opera, visit dallasopera.org.