Celebrate Andy Warhol at the Next ArtROCKS! 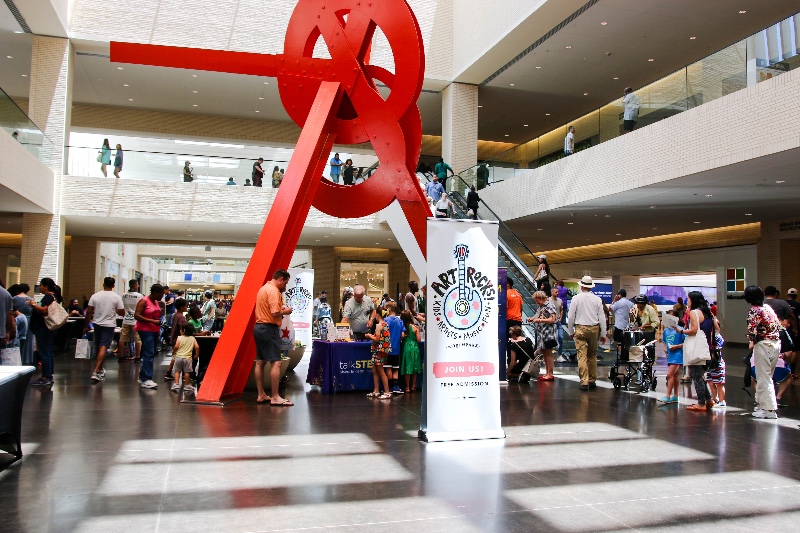 Join NorthPark Center for ArtROCKS! as we explore Andy Warhol’s Cowboys & Indians series on Saturday, September 8 from 1-4PM in NorthCourt, located on Level One between Nordstrom and Macy’s.

American artist Andy Warhol is regarded as the pioneer of the Pop Art movement. He is perhaps best known for his Technicolor portraits of iconic celebrities, such as Marilyn Monroe and Elvis Presley, and for elevating the Campbell’s Soup can to the status of “high art.” Created in 1986, the Cowboys and Indians portfolio of 10 screen prints features recognizable portraits of well-known American heroes – Annie Oakley, Teddy Roosevelt, and General George Custer – juxtaposed with less familiar Native American images and motifs in his commentary on America’s mythology of the historic West. Rather than portraying Native Americans within their historical landscape or Cowboys in their veritable forms, Warhol chose to portray a popular, romanticized version of the West.

NorthPark Center is home to three other series by Andy Warhol. The Myths series is on view on Level One between Macy's and Dillard's, and Ads and Flowers can be found on Level One in Neiman Marcus Court.