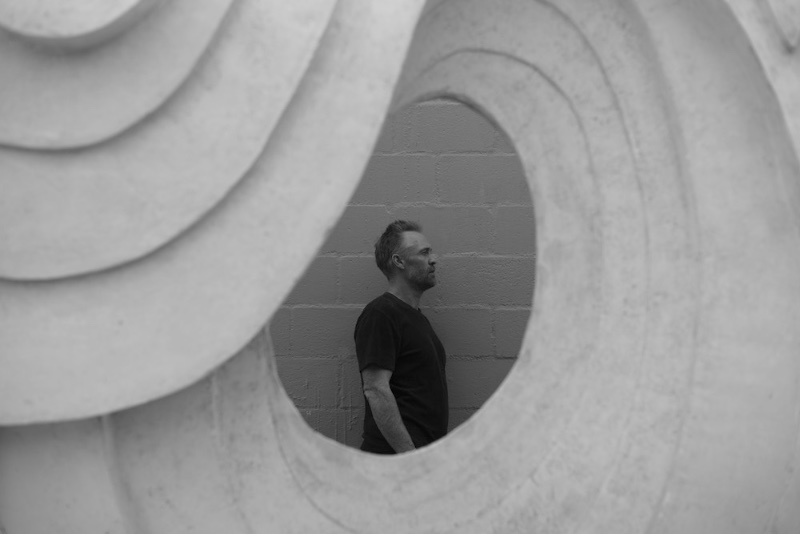 For more articles like this, check out NorthPark The Magazine. Visit our Art Tour to see Thomas Houseago's work at NorthPark.

Los Angeles-based sculptor Thomas Houseago’s exaggerated figures reference their sculptural forebears while exposing the framework of their own contemporary construction, as displayed in his work Yet to be Titled (peeking figure) at NorthPark Center. Working in a variety of mediums with strategies for letting the form evolve throughout the process, the British expat breaks down his interest in manipulating forms that mine a rich history while persistently forging ahead. 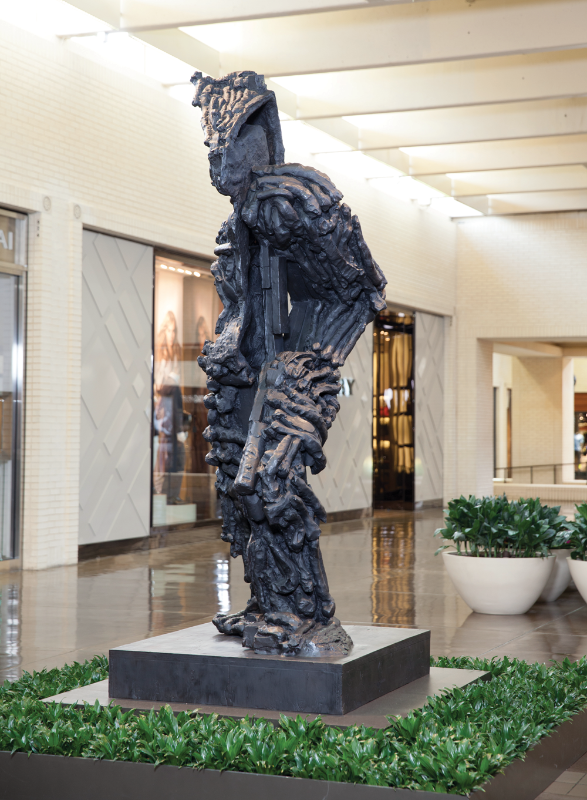 BK: Can you speak to the relationship and progression between your plaster forms and bronze sculptures? When comparing your plaster and hemp-based additive sculptures with the cast bronze editions, what stark differences are there in terms of how it alters the overall form and read of a work?

TH: There’s a great sculptural phrase, which is: “Clay is life. Plaster is death. Bronze is rebirth.” And bronze is this very, very strong, very impermeable form that carries within it all of these endless actions, gestures, and all of these processes, and if you search for them when facing a bronze, they are revealed to you. I start sculptures in many mediums: clay, wood, iron, plaster, at times as sketches. At the studio, I cast from clay to create my plaster works. The wrestling with clay, the manipulation, the fight between me and the clay where I push it and it pushes back, the craziness I can get into with clay, its mad activity is unique to that material.

The transition to bronze is a complex decision. Sometimes when I have a plaster it feels like it should just stay in that material as a plaster—then other works I almost see as bronzes even when they’re plasters, and I think that has something to do with the work’s relationship to light, to the outdoors, to another kind of permanence. I bring in a team from a foundry to work with, and we are discussing technical things like seams, metals, patinas and engineering, but really the bronze process is like a renewal of that sculpture, a kind of rebirth of the form with another material dimension.

BK: With many of your sculptures, the viewer instantly gets a sense of movement and a hands-on materials process. Specifically, in Yet to be Titled (peeking figure), there is contrapposto in the figure reminiscent of Boccioni or other Modernists, but it also has an additive and hand-manipulated construction method. Will you explain how these two elements work together or against one another in your compositions and technique?

TH: The idea of sculpture in a traditional material sense carries in it a number of dilemmas. Sculpture in its classical sense is static. It’s material. Yet for a sculpture to have energy and life, it needs a certain movement or dynamism. This is why the idea of the walking figure is so prevalent in sculptural history. It’s the perfect representation of this dilemma or contradiction. How do you imbue an inert material with life? And this dilemma keeps coming up in our cultural heritage and in myths like the Frankenstein story, the Golem— even in this idea of God making man from clay. There’s an absurdity for a sculptor in the 21st century to be trying to make clay, wood and plaster alive, to give it relevance, meaning and a kind of truth—believability! For me it’s extremely important that the sculpture carries within it the activity of its making and the struggle between thought, form and feeling. I want the pieces to be tactile in every sense of the word. 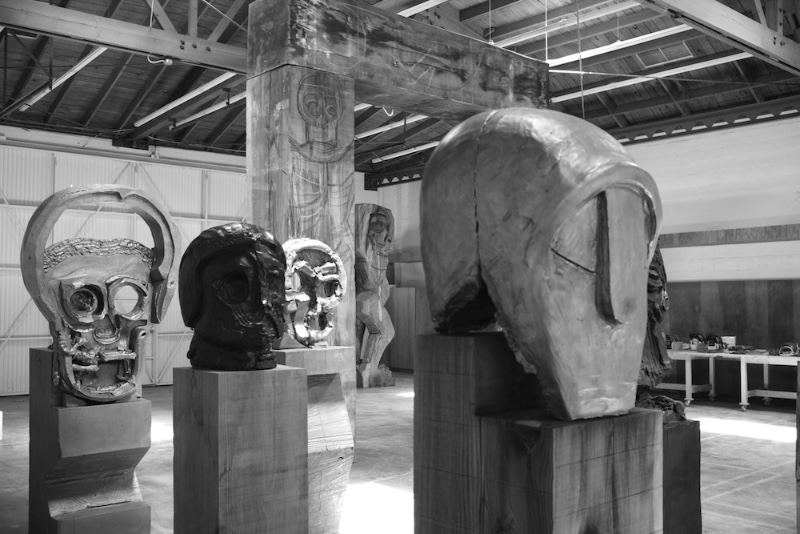 BK: Will you discuss how popular culture of the 20th and 21st centuries has informed your compositions, techniques and sculptures, whether in general or specific? You've spoken about taking it all in before, but I'm curious how it filters back out in a perceivable way, either for you or the viewer.


TH: I’m an artist that was born in the last phase of the 20th century in a period where pop culture began to break up. You could also say that the linear, art-historical notion of progress had also begun to break up. Radical ideas can come from many different forms, from poetry to music to film, even to advertising, and back again. It seems to me the challenge in our time is to establish what art can look like and do. I think it’s essential that the act of sculpture in all its forms, from modeling clay to performance, continues to exist in a world where our experience gets more and more diluted, broken up—harder to define. Art should be one of the last places where the intense pressure of capital and entertainment is eased, and where we get to look at the conditions of our life in new and creative ways.