2019 Guide to Komen Race for the Cure 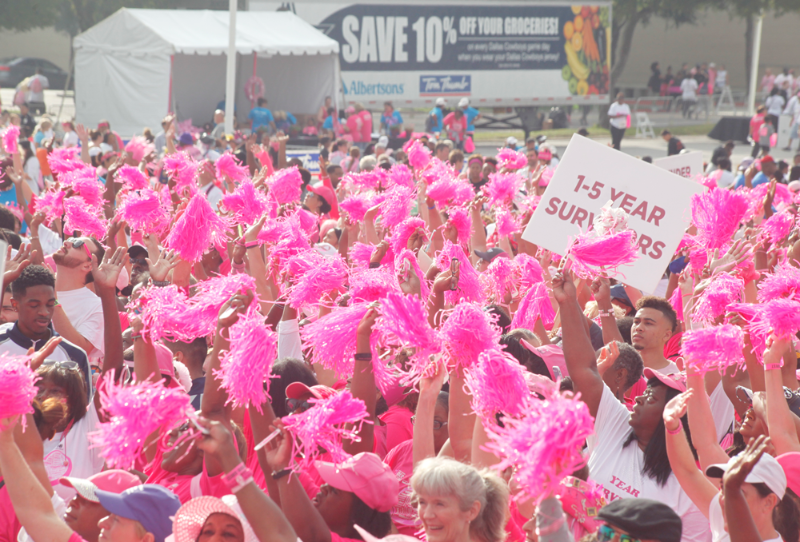 What’s mostly pink and has 20,000 legs? The Komen Dallas Race for the Cure on Saturday, October 26, at NorthPark Center.

Susan G. Komen, the nation’s largest breast cancer nonprofit, launched the 5K benefit race in Dallas back in 1983, when it attracted only 800 supporters. The Race for the Cure has since mushroomed, this year spanning 140 walk/run events across nine nations. Some are longer than five kilometers, such as the Dallas/Fort Worth 3-Day on November 1-3, which is a 60-miler.

NorthPark has hosted the Race for the Cure for 25 years and counting. This year, the goal is to raise $1.2 million. 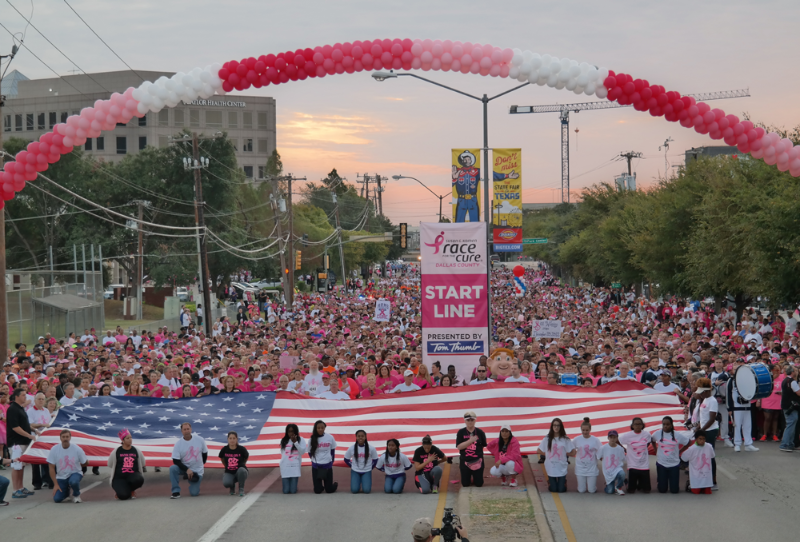 “We understand the importance of the race and look at it as a privilege that we can host it,” says NorthPark General Manager Billy Hines. “We have the facilities and parking that can allow it to grow and be safe.”

Hines and his team work closely with Komen on the event, arriving on site by 4AM that morning to prepare for the busy day. Festivities kick off at 7AM, when a team of breast cancer survivors and NorthPark associates walk down Park Lane carrying a 40-foot by 20-foot American flag behind the Dallas Cowboys Rhythm & Blue Drumline. 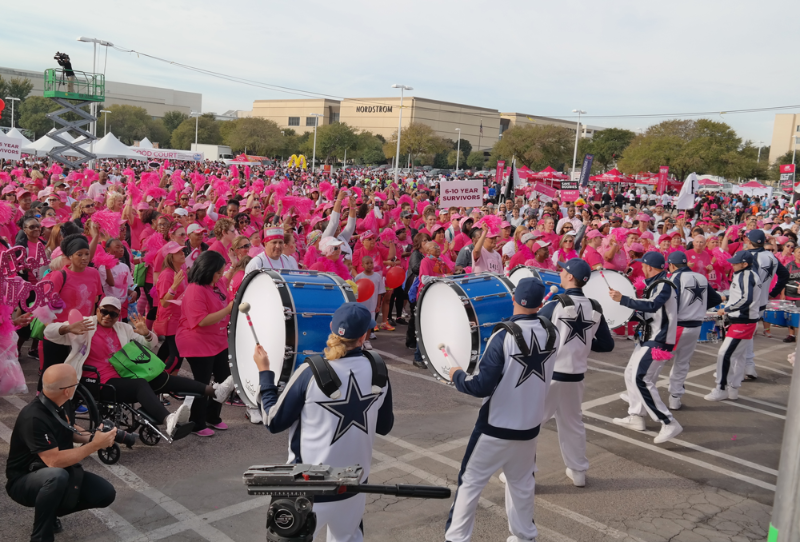 “It’s great to hold the flag and sense the good that comes from the race,” Hines says.

Attracting a diverse range of supporters of varying fitness levels who may stroll, jog, or sprint the course, the Race for the Cure is the world’s largest and most successful educational and fundraising event for breast cancer. Some participants come from a hundred miles away. After presenting the flag, they roll it up and get out of the way for the starting gun.

Runners pledge to drum up at least $150 in donations and sometimes team up with friends and colleagues. Others volunteer to help manage the race. To learn more and sign up, click here.

This is the last year that the event will be called the Race for the Cure. Next year it transitions into the More Than Pink Walk, but the mission remains the same.

“As our signature fundraising event, the More than Pink Walk is where we put aside everything else in our lives to share our stories, our laughter, and our tears; to raise money to save lives,” the charity states on its website. “Together we are more than one person dealing with this devastating disease. We are a community fighting back.”

[url=https://elimite2.com/]can i buy elimite over the counter[/url]