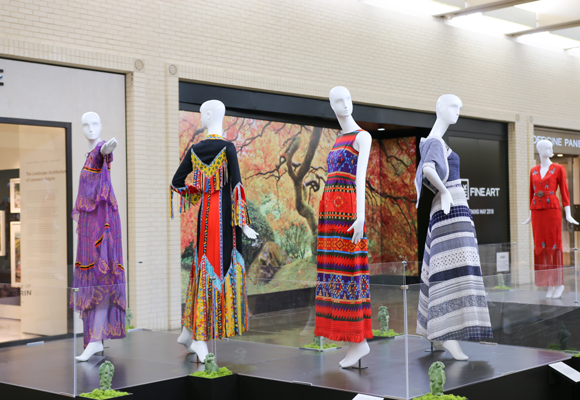 Thanks to Hollywood, the icons and tropes of the Old West have been exported the world over.

The imagery of Native Americans, cowboys, settlers and their wide-open landscape has proven a lasting fount of inspiration in art and fashion. Consider fringe, patchwork and cowboy boots, all of which are on trend today. 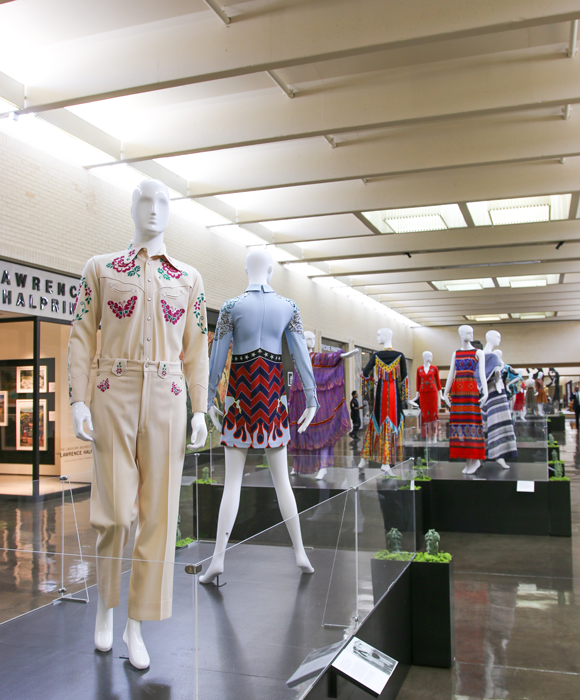 Annette Becker considered the Wild West’s gargantuan mythology as well as the issue of social justice in curating West Dressed, the 19 mannequins on display in the corridor on Level One between Neiman Marcus and Dillard's through June 17. 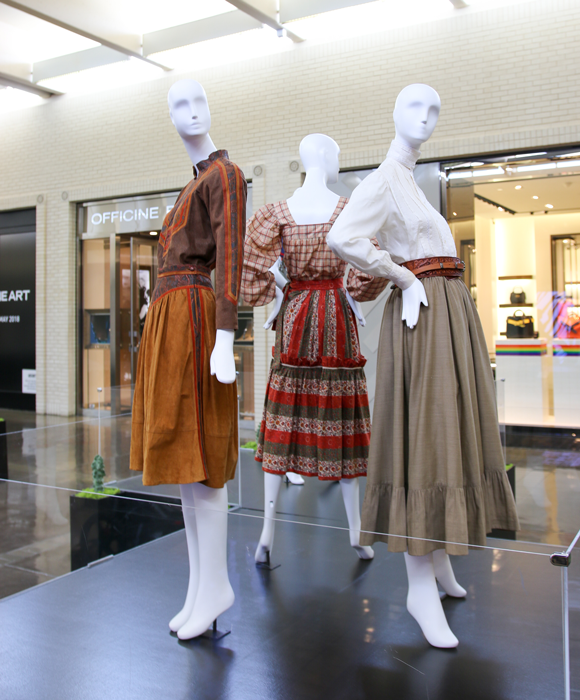 All but one of the ensembles are from the University of North Texas, where Becker directs the voluminous Texas Fashion Collection.

A theme of the show, she points out, is that our concepts of the American frontier are often not based on actual history but “this fantastical idea” of what it was.

“Things like spaghetti westerns and tall tales give us a cultural understanding of something that may or may not have existed in that exact way,” Becker says. 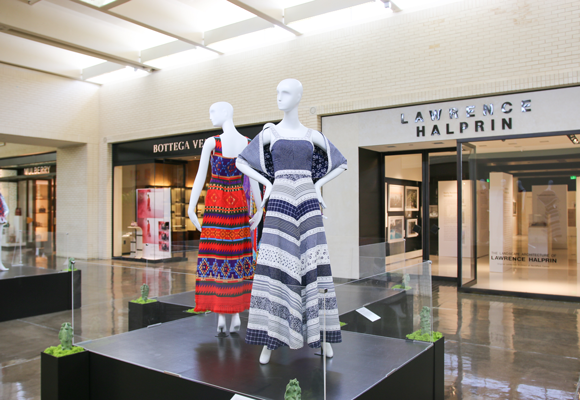 She made sure to include vintage and contemporary looks by Native Americans, of which the huge Texas Fashion Collection had only a handful of examples.

NorthPark’s sponsorship of the exhibition enabled Becker to purchase two more plus a Chanel dress from the collection that Karl Lagerfeld showed at Dallas’ Fair Park in 2013.

“I had a lot of conversations with Native Americans in the fashion design program [at UNT], and they were telling me that they didn’t really feel like their own cultural history was something they could engage with in their work,” Becker notes. “So this exhibit was an opportunity to purchase some pieces by Native Americans that will now be in our collection.”

One is a Jamie Okuma sportswear ensemble featuring digital prints of beadwork inspired by her Luiseño and Shoshone-Bannock heritage.

“She is pretty brilliant,” Becker says. “She does research on traditional pieces from her culture and creates beaded motifs and then photographs them and creates digital prints. She plays with scale. She is really known for doing beading across Christian Louboutin shoes, especially knee-high boots. 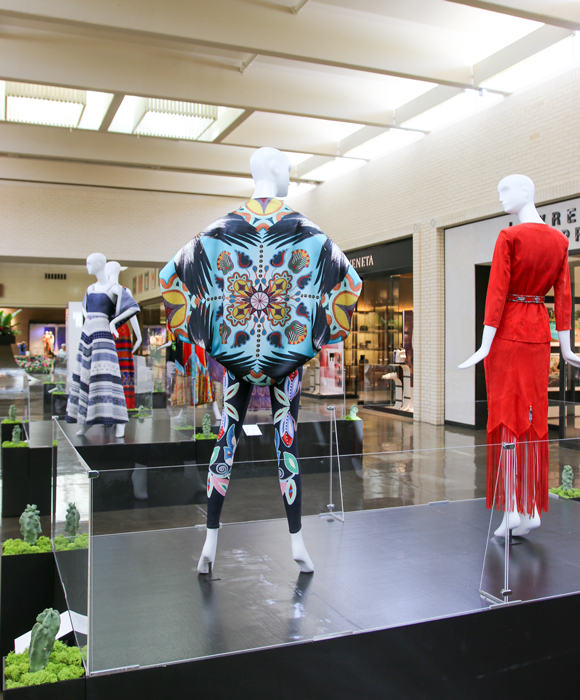 Becker also bought a gown by Navajo designer Marisa Mike, who showed her first collection in 2016 in Phoenix. Mike slices and splices Pendleton wool blankets into intricate bodices and dresses.

As Becker was giving a tour of the exhibition, a pint-sized girl ran up to the colorful 1970 Lanvin dress and declared, “I love that!”

“This is why I love showing at NorthPark,” Becker said with a grin.