Salvatore Ferragamo is as much about roots as it is about chic modern life, and its spring collection reflects that duality. 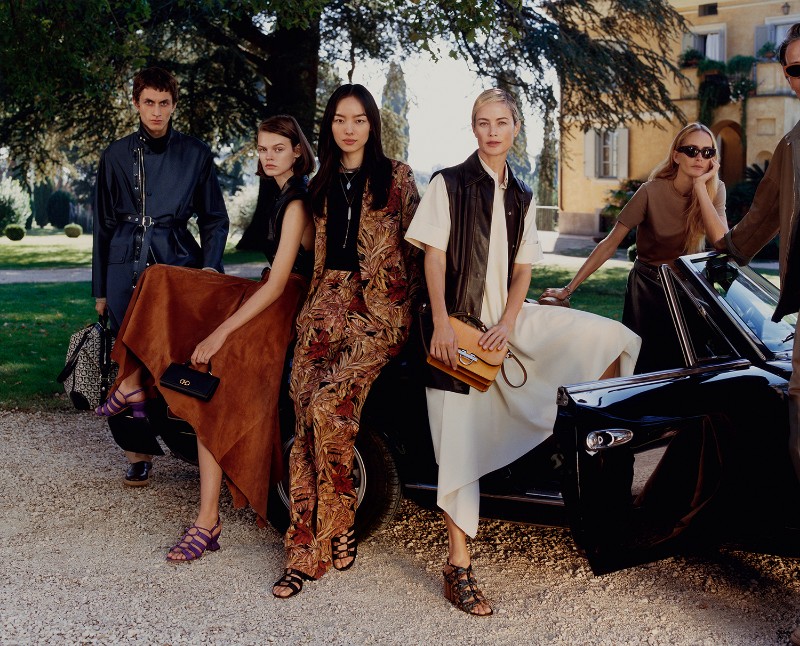 “This is a collection designed to be elevated and refined but also real and approachable,” Andrew says. 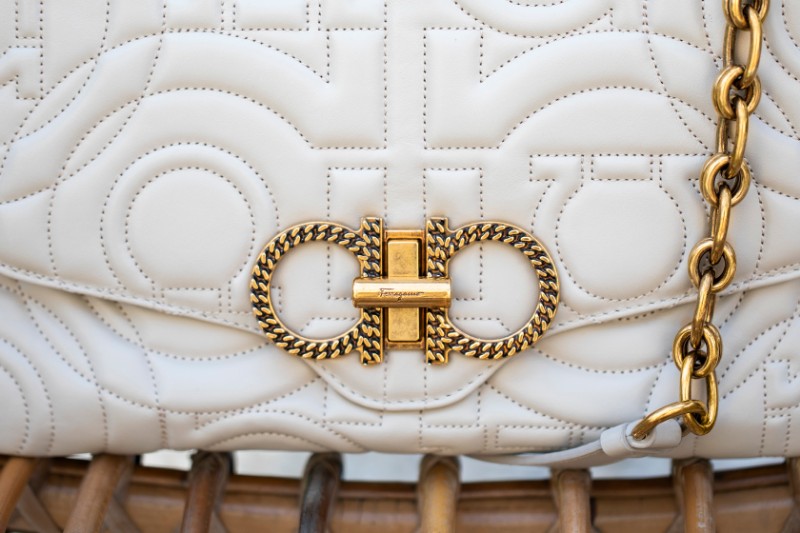 It flourishes the house’s trademark Gancici–a horseshoe-like shape–throughout. It’s doubled into bold hardware links on shoes, belts and bags, is meticulously quilted onto leather handbags, and splashed across an eye-catching black-and-white print that we first saw in the resort collection.

For spring, the interlocking Gancini print looks as great on lace-up sneakers as it does on coats and bags. 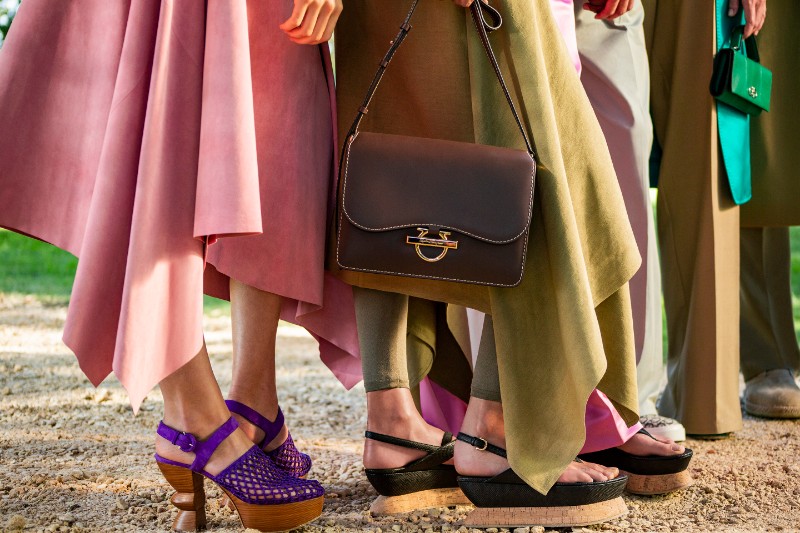 A little history: The Gancini, which also resembles an omega, first appeared on a handbag in the 1970s, according to Ferragamo’s website. Legend has it that it was inspired by a gate at Ferragamo’s historic headquarters in a13th century Florentine palazzo.

Andrew, a shoe designer beloved for the comfort of his creations, dove into Ferragamo’s archives of 15,000 shoes (!) for inspiration and found it in the brand’s iconic wood and cork platforms and wedges.

In Andrew’s hands, soles and heels take sculptural shape, including some that were inspired by Brancusi.

The women’s clothing evokes a sleek insouciance. Linen handkerchief-hem skirts drape languorously to the ankle, and wide palazzo pants evoke the palace lifestyle that they were named for. 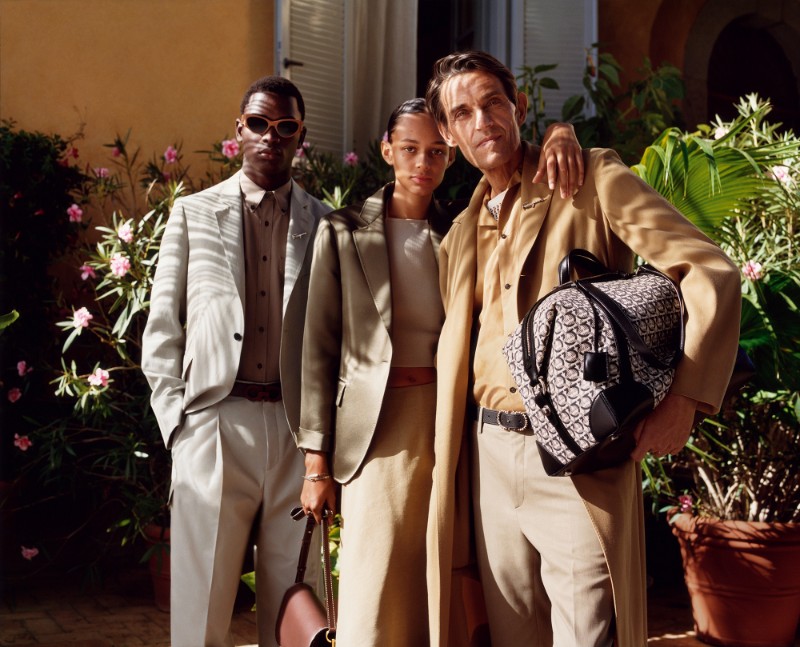 Ferragamo’s men’s and women’s collections both showcased a serenely neutral palette of chestnut, white, black, ecru and khaki–along with a lush palm print and shots of teal blue.

The women’s side, naturally, flaunts a broader range of hues that includes purple, emerald, orange and red. 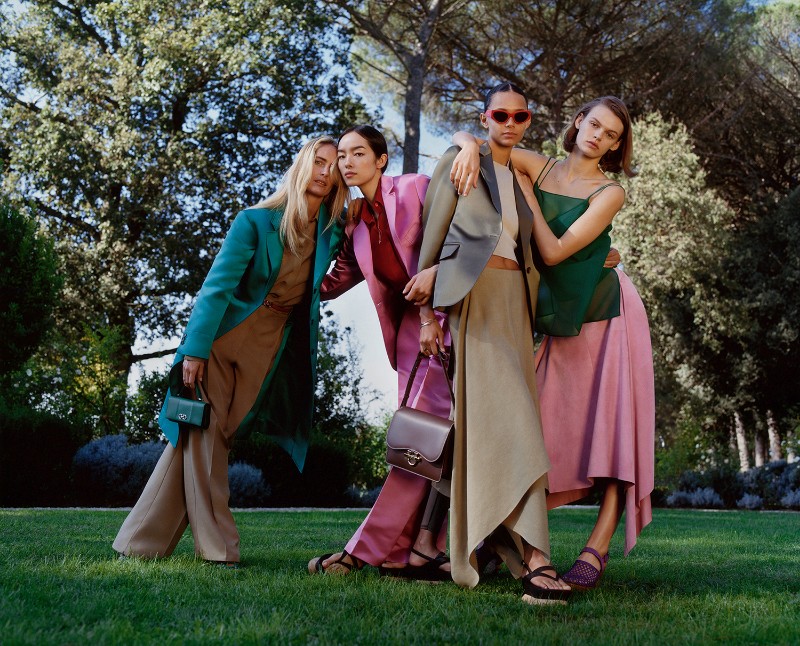 Interestingly, Ferragamo last year became one of the few billion-dollar fashion brands with a woman running the show.

Visit the new Salvatore Ferragamo boutique on Level One between Neiman Marcus and Dillard's.